Cities that participate in ICLEI have chosen to adopt the UN’s “Earth Charter” over the Constitution. 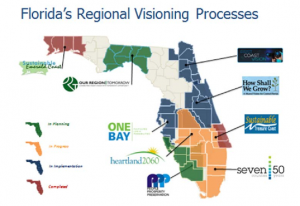 See a presentation on Florida’s commitment to regionalism.

The Earth Charter principles can be used as a guide for sustainability planning and assessment in local communities.

The Charter can be used by local communities as a:

Local communities/governments and the Earth Charter

In the same year, the Earth Charter was also endorsed by the US Conference of Mayors, the official nonpartisan organization of the nation’s 1,183 cities with populations over 30,000. In addition, the Catalonia Network of over 100 municipalities and the Association of 150 Towns of Soria, Spain have endorsed the Earth Charter.

No longer available on the web, we find this post from 2002:

The Earth Charter is an international people’s (not governments, UN or organizations) agreement for a compassionate, just and sustainable world that was written by thousands of folks in 78 countries over the course of 12 years and was launched at the Hague Peace Palace in June 2000. It has the core value of interdependence and calls for economic and social justice, peace, democracy and ecological integrity.

The Earth Charter Community Summits are a grassroots effort to bring people together in cities around the world to be inspired to make the Earth Charter’s principles a reality in their lives and communities. The Institute for Ethics & Meaning, a volunteer community building organization based in Tampa, Florida, is the international organizer for the annual summits held on the last Saturday of September. 2002 summits are being held in 20 cities around the US and will be connected by webcast. In 2003 the summits will include cities in other countries.

Summit organizers are simply people who have fallen in love with the Earth Charter and want to bring it to their hometowns. They come from a diverse background and have included a graduate student, a former mayoral candidate, a single mom, a printer, a Buddhist, a high school teacher and an environmental activist. The organizers custom design the festivities and the program for their local communities. Time is put aside at the summits for a round-robin viewing of each participating city via the webcast that allows each of them 5 minutes to share their enthusiasm for the Earth Charter. This generates an exciting connection that lets us all know that we are not alone in our efforts to make the Earth Charter’s principles come true.

The Earth Charter Community Summits are an important way for us to learn that we are not alone in wanting to live in a world that reflects the values and principles of the Earth Charter. They also serve as a kickoff for local initiatives based on the Earth Charter. Sociologist Paul Ray, Ph.D. studied 100,000 Americans and their values over 14 years and found that one in four value the same things the Earth Charter is about–relationships, sustainability, the oneness of life. However, people who share these values often work for the greater good on their own or with a few friends. It’s time to connect and become a catalyst for positive change.

Some ways the Earth Charter is being used include:

US Conference of Mayors in June 2001 adopted the Earth Charter and committed mayors to review it in relationship to their work.
Florida League of Cities adopted Earth Charter in August 2001.
University of Wisconsin at Oshkosh and the Prescott College have endorsed the Earth Charter to eventually integrate it into all departments. (Note: This is the study that explained where the goals of Regionalism originated, linked for the first time here. It is called “The Promise and Perils of “New Regionalist” Approaches to Sustainable Communities”)
21 towns in Vermont endorsed the Earth Charter
National Council for Earth Scouts was formed to develop national scouting program for boys and girls based on the principles of the Earth Charter.

City of San Jose integrated the principles of the Earth Charter into the everyday work activities of 1800 municipal employees.

One of eight countries that has introduced the Earth Charter into public schools since 1995.