For anyone who thinks the scourge of Regionalism/Urbanism has not touched every single state in the nation, we offer you this story of Florida.

Florida has ELEVEN Regional Planning ‘Councils’. In NH, the NINE groups (plus one) are called Regional Planning ‘Commissions’, but they are basically the same kind of unelected boards, and they do basically the same things. Their plan, called “Seven50” (NH’s is called Granite State Future) aims to change seven counties in 50 years to the urbanized utopia envisioned by the crafters of Agenda 21, using federal monies from HUD/EPA/DOT, and with their local operations and personnel funded by YOUR local, state, and federal taxes. NH’s commissions hide behind the cloak of being ‘advisory’, and optional… 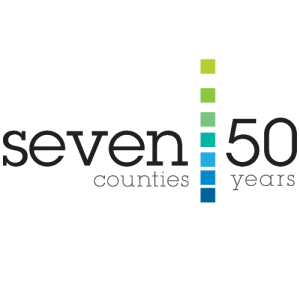 In NH, the towns at least still have the option of NOT joining their RPCs, while in Florida, Under CURRENT LAW, ALL Florida counties must be a member of a Regional Planning Council – and are required to pay dues that come out of the residents’ TAXES.

In Florida, we suspect that someone reached out and touched Florida Senator Wilton Simpson and caused him to completely revise his bill to eliminate RPCs and instead, place language in the bill to refund them. NH also saw a bill in the 2014 session that was intended to eradicate RPCs, but it too, failed. We suspect the influence was felt from too many special interests who stand to benefit from the flow of federal money, and that those voices were stronger than those of the taxpayers.

With permission from Karen Schoen in Florida, we reprint her story which echoes very closely what goes on in New Hampshire. Her newsletter starts off with a plea to eliminate these groups.

Councils feed federal grants to the counties (and some cities). These federal grants are far from “free” and they push “sustainability” measures onto the citizens at the expense of property rights.
Over time – these councils lead to the loss of representative government. In January 2012 the RNC unanimously passed a resolution against U.N. Agenda 21, and it was included in the 2012 Republican Party Platform.

We recently alerted you to the bills filed by Senator Wilton Simpson (SB 484) and Representative Debbie Mayfield (HB 873).

These bills – as filed – WOULD HAVE eliminated Regional Planning Councils.

“Smart Growth” plans (such as Seven50 in south Florida) have the possibility of stripping away our property rights as the plans push for higher density urban centers. This would move towards giving up our cars for the use of bikes, transit or walk to work and shop.

Regional Planning Councils comprise a fourth layer of Government – BETWEEN the local city /county and the state government.

This NEW layer of Government diminishes the local control and authority of city and county governments for self-government – through “home rule” as provided for in the Florida Constitution.

The WHOLE POINT of LOCAL CONTROL and SELF-GOVERNANCE… is that local elected representatives can be held accountable by the voter-Taxpayer.

We KNEW this would be a tough fight.

Many special interests have been taking large amounts of federal grant money through these regional planning councils for years – and would not want to see it go away.

Typically legislation is debated through committees and the special interest groups will always try to pressure legislators to accept amendments to weaken the bill through the various committee stops.

WHAT DID SHOCK US… is that Senator Wilton Simpson AMENDED and WEAKENED… HIS OWN BILL!!!
…before the it was even heard in its first committee stop, for which he serves as the Chairman.

Senator Simpson’s new bill also DELETES some of the current statutorily-required duties of Regional Planning Councils, such as holding Public Meetings on matters associated with Electrical Power Plants or presenting any reports on the impact of a proposed Electric Power Plant, and power companies installing Transmission lines.

Also, under this new bill, Regional Planning Councils CANNOT REPORT on the impact of a proposed natural gas transmission pipeline.

Representative Debbie Mayfield was disappointed that we couldn’t even have a debate in Committee on WHY we need to ELIMINATE Regional Planning Councils!!

Under CURRENT LAW, ALL Florida Counties must be a member of a Regional Planning Council – and are required to pay dues that come out of YOUR TAXES.

This new bill by Senator Simpson smacks of the typical CRONY CAPITALISM that we all are sick and tired of.

We couldn’t even get Senator Simpson to stand strong for us even in one committee, and his own committee at that!

TELL them that you are tired of an unelected council bypassing local government authority and pushing a one-size-fits-all growth management plan using our tax dollars.
—

10 Reasons to Say No to Regional Plans
http://sustainablefreedomlab.org/latest-news/10-reasons-to-dump-regional-plans/

REGIONALISM: THE BLUEPRINT FOR YOUR SERFDOM
http://www.freedomadvocates.org/regionalism-blueprint-serfdom/

Understanding Sustainable Development for the People and Their Public Officials
http://www.freedomadvocates.org/download/research/agenda21/USD-A21%20pamphlet_2012.pdf